We are thrilled to have these amazing guests join us throughout our Sinai at 65 Celebration Weekend.

Rabbi Rick Block and Jewish Singer/Songwriter Peri Smilow will join us during our Shabbat of Tribute as we honor Rabbi David Cohen for his 25 years of service to Congregation Sinai.

Rabbi David Stern will lead our Morning of Learning on the following topic: Overtones and the Listening Heart: A Text Study on Leadership, Learning, Justice & Community in honor of Rabbi David Cohen. 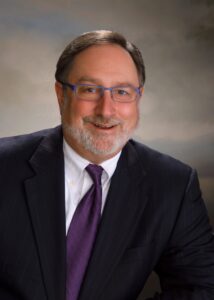 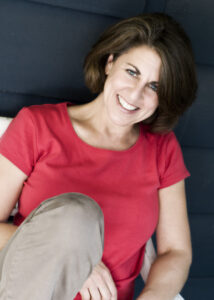 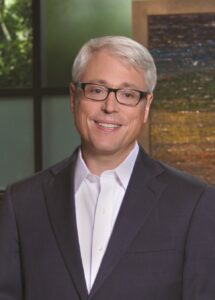 Senior Rabbi Emeritus Block recently retired in July 2018. He had served as Senior Rabbi of The Temple–Tifereth Israel in Cleveland, OH since 2001. Designated by Newsweek “one of the top 25 pulpit rabbis in America,” Rabbi Block is a passionate, widely recognized advocate for Israel and the US-Israel strategic alliance. His recent writings have appeared in Time, The Jewish Daily Forward, Tablet Magazine, Huffington Post, The Times of Israel, The Tower Magazine, JTA, The Jewish Week, Haaretz and elsewhere, and are widely shared on social media. His publications include Sacred Pilgrimage: A Jewish Reflection on Life, Death, and Eternity and How I Wish I Could Fish! a book for children and parents. In 2007, HUC-JIR conferred upon him an honorary doctorate.

He is a Past President of the Central Conference of American Rabbis, the rabbinic leadership organization of Reform Judaism. As its president, Rabbi Block represented it on The Conference of Presidents of Major American Jewish Organizations and chaired the Reform Leadership Council, comprised of the top lay and professional leaders of the CCAR, HUC-JIR and URJ. He is a past president of the World Union for Progressive Judaism, the international umbrella organization of Reform, Liberal, Progressive, and Reconstructionist Judaism.

Rabbi Block served as President of the Greater Cleveland Board of Rabbis, and on the Board of Directors and the Executive Committee of the Cleveland Jewish Federation. On the Federation’s behalf, he chaired PACT, an international partnership of Jewish Federations and the American Jewish Joint Distribution Committee that assisted more than 10,000 Ethiopian-Israeli children and their families. He also chaired Federation’s Black – Jewish Relations Task Force. He was a public representative on the board of the Cleveland Bar Association. In 2012, he was honored by the Jewish Free Loan Association, Cleveland, as its “Man of the Year.” He is a member of the President’s Visiting Committee of Case Western Reserve University.

As Senior Rabbi of Congregation Beth Am, Los Altos Hills, CA, Rabbi Block inspired a national partnership for educational innovation, the Experiment in Congregational Education, integrated nearly a thousand families from the former Soviet Union in Jewish life, and Jewish Family and Children’s Services of San Francisco presented him its 1999 “FAMMY” Award, “in appreciation of extraordinary caring and dedicated community service.”

Rabbi Block was ordained at HUC-HIR in 1982, receiving awards for academic distinction, writing, and sermonic excellence. While leading Greenwich Reform Synagogue, Riverside, CT, he served as President of the Greenwich Fellowship of Clergy and founded Jewish Community Services of Greenwich. He received the Humanitarian Award of the Council of Churches and Synagogues of Lower Fairfield County for leadership “worthy of esteem and commendation” that “made a significant difference in his community and in our whole region.”

Rabbi Block graduated with honors from the Wharton School and from Yale Law School, where he was an editor of the Yale Law Journal. He was a law clerk to a federal judge and spent four years on active duty in the U.S. Navy Judge Advocate General’s Corps, including assignments as a Special Assistant US Attorney and a faculty member of the Naval Justice School. He and Susan G. Block, a community leader and volunteer, have been married since 1969. They have two sons, Joshua, President and CEO of The Israel Project, and Zachary, a Vice President of Conde Nast. They are also blessed with two wonderful daughters-in-law and six beloved grandchildren.

Peri Smilow uses music to change the world. As an international Performing Artist, Composer, Educator and Activist she has the unique ability to move people of all ages using her talent, passion, music and commitment to community to create social change.

Peri’s music and message of tikkun olam have been heard throughout the US, Canada, England, Singapore and Israel. Her beautiful and uplifting spirit infuses her work making her one of the most sought-after contemporary Jewish music performers today.

Peri performed as Artist-in-Residence at the World Union for Progressive Judaism’s International Connections Conference in Jerusalem and Tel Aviv, Israel and was a guest artist at the International Limmud Conference in Nottingham, England. She is a regular performer and presenter at URJ national conventions and CAJE conferences. Peri was commissioned by The Women of Reform Judaism to compose a new piece of music in celebration of the release of The Torah: A Women’s Commentary. She has enjoyed serving as visiting artist at the Reform movement’s summer camps and as visiting faculty at the Hava Nashira National Songleader Institute. Prior to her professional life in music Peri spent 15 years as a non-profit entrepreneur working with inner-city youth. She holds an M.Ed. from the Harvard Graduate School of Education.

Peri has released four albums including Songs of Peace, Ashrey and The Freedom Music Project: the music of Passover and the Civil Rights Movement, which features an electrifying 18-voice choir of young Black and Jewish singers. FMP was nominated Best Gospel Album of the Year by the Just Plain Folks Music Awards and was featured on NBC and ABC TV and on NPR and Voice of America radio. Peri is now replicating The Freedom Music Project experience throughout the country as church and synagogue choirs utilize the magic of music to breakdown social barriers.

Peri’s most recent release, BLESSINGS, is intimate and uplifting. It draws on Peri’s experiences as cancer survivor, wife and mother and celebrates the importance of her relationships with loved ones, friends, community and faith. BLESSINGS was coproduced by Grammy-award winner Ben Wisch.

In 2012 Peri began touring her new one-woman cabaret act: Peri Smilow sings The Great [Jewish] American Songbook. In this show she puts down her guitar and returns to her roots singing the best-known and beloved songs of the 20th century. Gershwin, Kern, Rodgers and Sondheim tunes along with those of many other Jewish composers are brought to life as Peri brings her audience on a journey through the Great American Songbook.

Peri’s favorite role is being mom to daughter Allie. She lives in South Orange, NJ.

Rabbi David Stern has served Temple Emanu-El since 1989, as Senior Rabbi since 1996. He is Immediate Past President of the Central Conference of American Rabbis, the international rabbinic organization of Reform Judaism. A social justice advocate, Rabbi Stern participated in a study mission to the Darfuri refugee camps on the Chad-Sudan border in 2005, and served as rabbi-in-residence for a national study mission to Nicaragua in 2013. Locally, Rabbi Stern helps lead Temple Emanu-El in its historic commitment to making Dallas a better city for all its citizens. In 2017, Rabbi Stern received the Elbert M. Conover Award from the American Institute of Architects in recognition of his contributions to the architectural renewal of Temple Emanu-El. Rabbi Stern's commentaries have appeared in the Huffington Post and Haaretz. His poetry has been published in the CCAR Journal, and he has contributed essays to four volumes on Jewish High Holiday liturgy published by Jewish Lights Press. Rabbi Stern is married to Rabbi Nancy Kasten, and they have three children. An avid sports fan, Rabbi Stern knows too much about the New York Yankees and not enough about several more important matters.