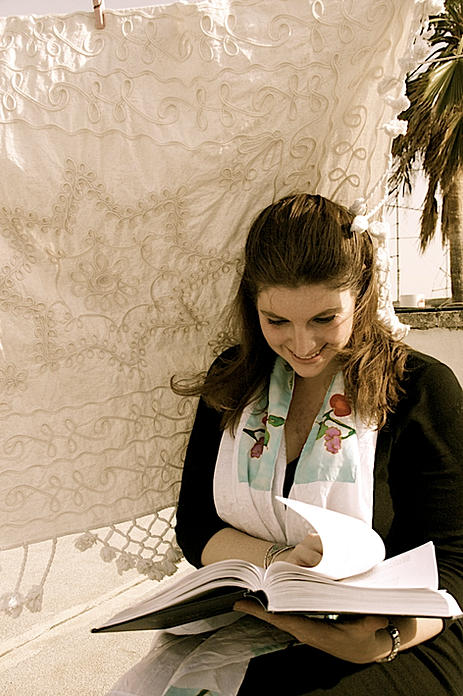 Cantor Lauren Phillips was ordained from Hebrew Union College-Jewish Institute of Religion in New York City in May 2013. Since then, she has served Congregation Sinai in Milwaukee, Wisconsin, trading her native New York for frigid Midwest winters and beautiful lakeside summers. In addition to being an accomplished prayer leader and musician, Cantor Phillips has a diverse portfolio of expertise in many areas, including formal and informal education, B’nei Mitzvah preparation, pastoral counseling, and media relations. In New York, she served for three years as student cantor for Union Temple, Brooklyn’s oldest Jewish congregation. Cantor Phillips also tutored B’nei Mitzvah students at Temple Shaaray Tefila in Manhattan. During the summer of 2012, she continued this work as Rosh Tefillah for a National Federation for Temple Youth (NFTY) trip to Israel, Poland, and the Czech Republic. With NFTY in Israel, Cantor Phillips mentored a unit of 160 teenagers from around the United States and Canada in service leadership, guiding them towards creating meaningful moments of communal worship. During the summer of 2011, she completed a unit of Clinical Pastoral Education at Memorial Sloan-Kettering Cancer Center, working with patients with breast and ovarian cancer.At HUC-JIR, Cantor Phillips presented a capstone thesis and recital called “A Stranger Here Myself: The Postcard Project as an Exploration of Jewish Musical Identity.” The program explored an initiative from the 1930s in which prominent Jewish composers arranged Israeli folk songs that were printed on postcards by the Jewish National Fund. The postcards were created to inspire Jews in the Diaspora to make aliyah, and the songs were among the first examples of secular Hebrew music to reach Europe. Cantor Phillips has presented workshops based on her thesis at the North American Jewish Choral Festival, Limmud Chicago, and the Milwaukee Jewish Community Center’s Day of Discovery.

Cantor Phillips has enjoyed a strong relationship with the world-renowned 92nd Street Y in Manhattan, where she has worked both as a Jewish educator and as a publicist. Her responsibilities at the Y included serving as a press liaison for major speakers and events, teaching and developing a curriculum for the second grade class in the pluralistic Connect Jewish After School program, and leading the Y’s adult seder for over 100 guests. She has also appeared as a cantorial guest at her home synagogue, Temple Israel of Great Neck, and at numerous other congregations in the US, Canada, and Israel.

Cantor Phillips has performed with Shir Chadash: The Brooklyn Jewish Community Chorus, where she sang the soprano solo in Souls on Fire, an oratorio by Cantor Charles Osbourne. She also participated in a service and gala concert celebrating what would have been the 100th birthday of the beloved synagogue composer Max Janowski at KAM-Isaiah Israel Congregation in Chicago. An alumna of Hazamir: The National Jewish High School Choir, Cantor Phillips has performed on the stages of Carnegie Hall, Alice Tully Hall, and Jazz at Lincoln Center and currently serves as a member of the Hazamir Alumni Council.  As an interpreter of opera and musical theater repertoire, Cantor Phillips has performed around the United States, Italy, and Israel in productions of Die Fledermaus (Adele), Ariadne auf Naxos (Zerbinetta), Oklahoma! (Ado Annie) and 1776 (Martha).

Cantor Phillips received her BA in Music with a minor in Communications and Media Studies from Tufts University and her MM in Vocal Performance from The Boston Conservatory. Cantor Phillips is excited to serve the Jewish community and brings to her cantorate an abundant sense of warmth, sincerity, and passion.