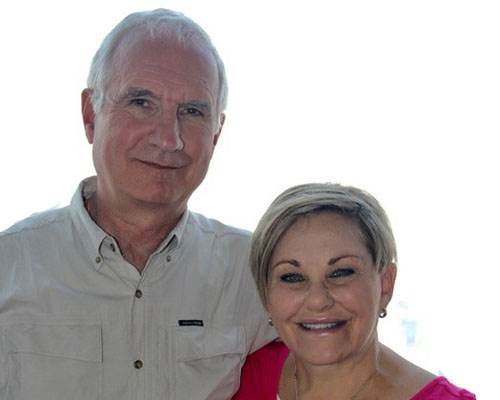 When we moved here 35 years ago from Indianapolis, we were delighted to find such a wonderfully warm, compassionate and active Jewish community and synagogue! That vibrancy motivates us to commit ourselves to ongoing careers as volunteers.

Though of one broad vision, we each have chosen different paths.  Paul focuses his time and leadership in the areas of medicine where he serves as Chairman of the Division of Plastic Surgery at St. Luke’s and St. Joseph Hospital, a Clinical Assistant Professor in the Department of Plastic Surgery at the Medical College of Wisconsin and Past President of the Wisconsin Society of Plastic Surgeons.  Within the Jewish community Paul was one of the founding chairs of the Maimonides Society of the Milwaukee Jewish Federation and served on the boards of Holocaust Resource Center and B’nai Brith Youth Organization. In the broader community he has been involved in the Zinc the Zebra Foundation and the Make-A-Wish Foundation. In addition, Paul is a former member of the board of Congregation Sinai.

Jody chose to direct her passion for the Jewish community by serving as a volunteer for a variety of Jewish agencies over the years. Ultimately she decided to primarily focus her efforts on behalf of the community at the Milwaukee Jewish Federation. There she served as the General Campaign Chair, President of the Women’s Division and Women’s Campaign Chair, Milwaukee Jewish Federation Board of Directors and Executive Committee member, as well as a  Trustee for the Jewish Community Foundation to name a few.  In addition to her local involvements, Jody sat on the Board of Directors and Executive Committee for Jewish Federations of North America (formerly United Jewish Appeal) where she chaired the National Agency Funding Alliance.  She is a past member of the JFNA Women’s Philanthropy Board as well and the UJA Young Leadership Cabinet where she was appointed as the National Membership Chair. She is a recipient of the local Ann Agulnick Young Leadership Award and the national JFNA Kipnis-Wilson Friedland Award.

All told, when asked about what we think is our most important contribution in life, we’d have to say…… it’s our children!  Andrew and Alissa, Dan and Elizabeth, Scott and Shu as well as our three grandchildren: Olivia and  ??? (stay tuned) and ??? (stay tuned) continue to bring us unbridled joy!