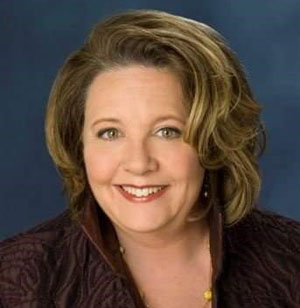 This High Holy Day season, Rabbi Cohen will be joined on the bimah by Cantor Roslyn Barak. Cantor Barak has served Congregation Emanu-El of San Francisco since 1987, one year after her graduation and investiture from Hebrew Union College in New York City. Before entering the cantorate, she was a concert recitalist and opera singer, performing in the United States and in Israel, where she lived for three years. She received her musical training at the Manhattan School of Music in New York, and was the recipient of several prestigious vocal awards and honors.

Aside from her numerous cantorial duties at Congregation Emanu-El and the Jewish Community of the Bay Area, Cantor Roslyn Barak appears regularly in concerts around the country and in Europe and Israel. She has toured Germany in recent years in conjunction with the release of her CD “The Jewish Soul”. She is also sought after as a lecturer and scholar-in-residence. She has taught and given master classes at the Academy for Jewish Religion in Los Angeles, the Jewish Theological Seminary in New York, the North American Jewish Choral Festival , Boston Hebrew College, as well as seminars at the Hebrew Union College . She is also a guest lecturer at the Geiger College in Berlin, Germany. Cantor Barak returned to school in 1994 to pursue a degree in psychology, and received her M.A. in Clinical
Psychology in 1996.

She is a former Board member of the American Conference of Cantors, serving as chairperson of its Publications Committee, and she was an ACC representative to the Commission on Synagogue Music of the Union of American Hebrew Congregations. She is currently a member of the Executive Council of the Cantors Assembly, as well as a Board member of Shalom Bayit in San Francisco.

Please join us in welcoming Cantor Barak to Sinai and be sure to introduce yourself to her during the holidays.

High Holiday services at Sinai are made special by the powerful musical leadership of our High Holy Day Choir. We are honored to welcome back Dr. Richard Hynson of Milwaukee's Bel Canto Chorus as our conductor for this year's holiday services. Our incredible choir is composed of select professional musicians and a number of talented volunteer vocalists from our congregational family. The choir rehearses for many weeks in preparation for the holidays and works with the Cantor to lead the congregation in prayer.

Back to the 2016 High Holiday Guide