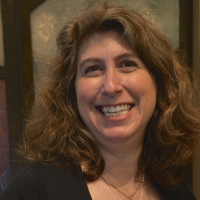 As we approach Purim, it strikes me that this story is suddenly extremely relevant in the world we find ourselves living in at the dawn of 2017. Esther is brought into a situation that is not necessarily of her own making, and is established as the new queen for a husband who has a history of misogynistic behavior and a disdain for those who are not like him. Esther does not want to re-veal her Jewish identity for fear of repercussions. However, once she and Mordechai discover the plot by Haman to get rid of all the Jews, Esther realizes that she must speak up and fight on be-half of her people, regardless of the potential personal consequences.

Does this sound vaguely familiar? It is not an exact comparison, but the similarities can certainly help us frame how we respond to the cur-rent political climate in the United States. And perhaps, as in the Purim story, it is not the leader at the top of the power chain who we need to fear directly. It is the precedent set by his words and actions that allows others to escalate those words and actions in ways that are emotionally and physically harmful toward others.

How do we teach our children to stand up like Esther while continuing to ensure their health and safety? How do we adequately inform them of the realities of our environment without setting them up for lives lived in perpetual fear? These are questions with which I suspect many of us are grappling within in this new and unexpected climate. We always thought we were protected in this country, much as the Jews of Persia lived in relative comfort. Suddenly, we find ourselves on defense as swastikas are painted on playgrounds and schools, and neo-Nazis prepare marches to drive Jews out of certain towns. We have not been prepared for this. Unfortunately, we have history to guide us. And while yes, we can look to Germany of the 1930s to determine what NOT to do, we can lift up Esther as an example of the importance of speaking out and taking action.