Posted on May 1, 2016 Posted By: Julie Lookatch Categories: Sinai Blog 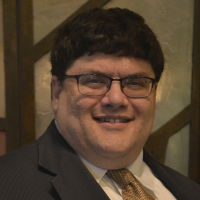 He sings:
“Lord if you hear my prayer, maybe you can send my love to my grandfather. Tell him that the Sephardic moderation he maintained has been replaced by zealotry and extremism. But despite everything, tolerance is bubbling beneath the surface. Look how people are, bit by bit, leaving behind the tension and, in the end, just want to be united.”

Kobi Oz relates that his grandfather would not force his religiosity on his grandchildren. Instead, he always searched for compromise on religious issues. This is a familiar trope in Mizrachi families – families whose roots are in Arab lands. To a secular Israeli listening to this song today, moderation and tolerance on religious matters would be refreshingly new.

Indeed, in our own lives, and in this election year especially, moderation and tolerance are sorely absent. Re-cent days have seen the passage of legislation in multiple jurisdictions that, cloaked in the values of “religious freedom,” seek to make it legal for businesses to refuse service to those they deem offensive to their religious sensibilities. To date, more than 85 bills have been introduced in 28 states that would allow individuals and businesses to use religion to challenge or opt out of laws, including laws that protect LGBT people from discrimination in employment, housing and public accommodations. In recent days, such laws have passed in Georgia, Alabama and Indiana and others are still pending in Arkansas, Montana, Florida, Missouri, Texas and Michigan.
Such discriminatory legislation has even been introduced in states with long traditions of support for equality. Massachusetts, for example, is the latest state with a bill that would target transgender people for using appropriate restrooms. Anti-transgender “bathroom surveillance” bills are now pending in Texas and a handful of other states.

What is going on? What pathogen of incivility or religious zealotry has infected the body politic to make such discrimination thinkable? Theories abound. Yet, irrespective of the cause, the experience of Jews from Arab lands – Sephardic or Mizrachi (eastern) Jews – may hold the cultural key to a better future.

So a word about Kobi Oz’s grandfather’s Sephardic moderation, where it originated and how we might aspire to its reacquisition for the sake of today’s world.

The story begins with the fact that Jews of Eastern Europe had an entirely different historical experience than the Jews of the Iberian Peninsula (Spain and Portugal) and North Africa. While the Jews of Mizrachi extraction lived side by side with their Muslim neighbors in relative comity, the Jews of Eastern Europe endured episodic violence from their Christian neighbors. In particular, Ashkenazic Jewry experienced a devastating trauma that began in 1648 with the three-year Chelminitzky pogroms, a disruption that ended with the destruction of a third to a half of European Jewry and the relocation of the survivors into the Pale of Settlement.

This trauma had wide ranging implications. In my opinion, the massive dislocation of the Jewish communities led Ashkenazic culture to become frozen in place. This may be why the ultra-orthodox still wear the clothing of that period. What’s more, I think it caused the process of Jewish law, Halacha, to grind to a halt. What had formerly been responsive and adaptive to a changing world became ossified and “stuck.”

Fortunately, this phenomenon was not mirrored in the world of Mizrachi Jewry. Halacha continued to change and adapt. Moderation and tolerance were practiced. You can see the difference between Ashkenazic and Mizrachi Jewry by visiting their synagogues in Jerusalem. In an Ashkenazic synagogue, women are segregated, often on a different floor and behind curtains and sometimes bars. In a Mizrachi synagogue, chances are that men and women sit separately, but side by side, with a mechitzah – the ritual divider between men and women’s sections – being more symbolic, for example, a four-foot high wall with an additional curtain of fabric extending another foot. There is a heaviness at the heart of Ashkenazic Jewry. For Mizrachi Jews, it is absent.

The comparison of the two Jewries may be best illustrated in the relationship between the Talmud’s Rabbis Hillel and Shammai. When someone seeking to convert to Judaism came and said: teach me all of Judaism while standing on one foot, Shammai replied angrily and pushed the man aside with a yardstick. Hillel took a different tack. He said, “What is hateful to you do not do to another. All the rest is commentary. Now go and learn.” (Babylonian Talmud Shabbat 31b)
Perhaps it all comes down to Hillel’s restatement of the Golden Rule. In moments when we might be incapable of empathy for another, we can surely ask ourselves how we would want to be treated, in effect, forcing us to put ourselves in the other’s shoes. This brief lesson might yet be a starting point in responding to today’s lack of civility and tolerance.